In the courthouse or the boardroom, dissent improves the way we think—stimulating thought that is open, flexible and original. Philip Delves Broughton reviews “In Defense of Troublemakers” by Charlan Nemeth. 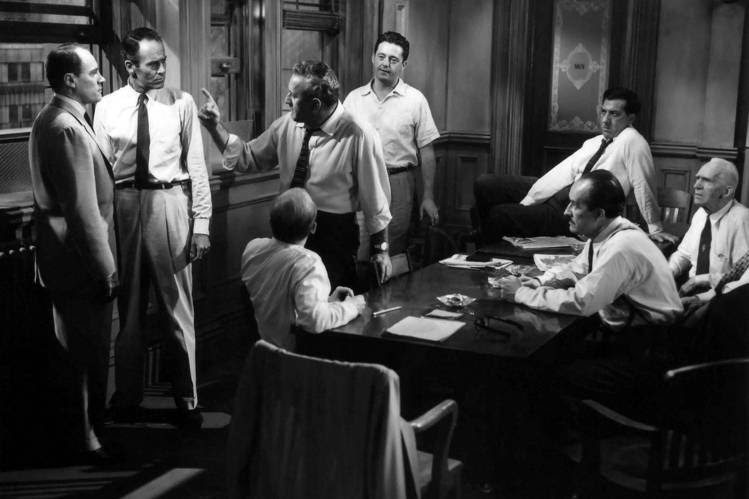 If you want anyone to pay attention to you in meetings, don’t ever preface your opposition to a proposal by saying: “Just to play devil’s advocate . . .” If you disagree with something, just say it and hold your ground until you’re convinced otherwise. There are many such useful ideas in Charlan Nemeth’s “In Defense of Troublemakers,” her study of dissent in life and the workplace. But if this one alone takes hold, it could transform millions of meetings, doing away with all those mushy, consensus-driven hours wasted by people too scared of disagreement or power to speak truth to gibberish. Not only would better decisions get made, but the process of making them would vastly improve.

As Ms. Nemeth demonstrates, peer pressure can be a major motivator in business. Marketers use majority opinion to staggering effect, and recommendations prompt our natural instinct to follow the herd, nonsensically sometimes. (Just think of Amazon’s “Customers Who Bought This Item Also Bought” feature.) But for management, peer pressure can lead to bad ideas going unchallenged as people fear that disagreement could imperil their jobs.

Ms. Nemeth, a professor of psychology at the University of California, Berkeley, has spent decades studying the effects of groupthink in multiple settings. Her original research was in decision-making by juries—how they went about reaching them and whether their verdicts were correct. What she found was that juries that included dissenters “considered more facts and more ways of viewing those facts.” Consensus, she found, “narrows, while dissent opens, the mind.” In the process of her research, she also discovered how susceptible we all are to majority opinion. Even when we think we aren’t being swayed, we are being subtly yanked by our desire to stand with others rather than alone with our crackpot views.

In one experiment, Ms. Nemeth showed people in groups of four several strings of letters. The participants were asked to write down the first three-letter word they saw in each string. For example, when shown “rTAPe,” each wrote down “TAP.” But then each was told, misleadingly, that the other three members of the group had written “PAT” instead. As the test recommenced, all four people now started reading the letters they were shown from right to left rather than left to right. If people were convinced that the majority were reading backward, that’s what they did themselves. 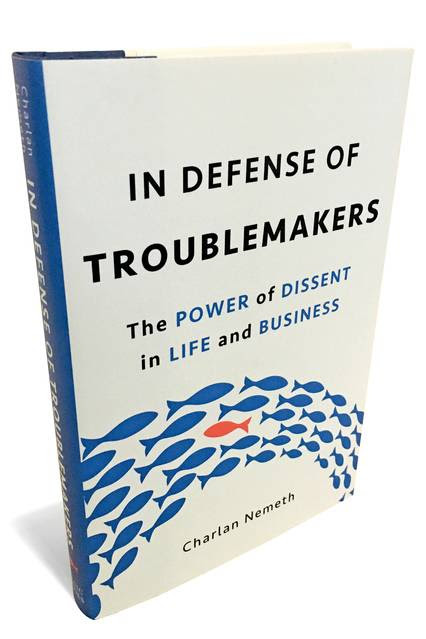 In Defense of Troublemakers

Ms. Nemeth has found that even a single dissenter has the power to crack the foundation of a majority view. Even when you don’t agree with the outlier, or when the outlier is just plain wrong, the act of dissent liberates your thinking. “With any break in unanimity,” Ms. Nemeth writes, “the power of the majority is seriously diminished.”

A classic example dissected by Ms. Nemeth is the 1957 film “12 Angry Men,” in which a jury is presented with what appears to be overwhelming evidence that a young man has stabbed his father to death. It’s a sweltering day, and everyone wants to get out and go home. Only Henry Fonda’s character—Juror 8—disagrees. He isn’t sure enough to vote guilty. First the other jury members are frustrated, and they belittle him. But slowly Fonda’s character pries apart their unanimity, working on their doubts and their sense of fairness until they all change their decision to “not guilty.”

Ms. Nemeth shows how Juror 8 doesn’t try to persuade his fellow jurors through compromise or by trying to be liked. What counts is his consistency and his fellow jurors’ admiration for his belief in justice and proper process, and for his willingness to pay a price for his convictions.

In the latter part of her book, Ms. Nemeth explores in more detail how dissent improves the way in which groups think. She is ruthless toward conventional “brainstorming,” which tends toward the uncritical accumulation of bad ideas rather than the argumentative heat that forges better ideas. It’s only through criticism that concepts receive proper scrutiny. “Repeatedly we find that dissent has value, even when it is wrong, even when we don’t like the dissenter, and even when we are not convinced of his position,” she writes. “Dissent . . . enables us to think more independently” and “also stimulates thought that is open, divergent, flexible, and original.”

The forces against dissent, though, are mighty. Dissenters tend to be marginalized, if not in the course of one heated discussion then over time. They become the boat-rockers, the agitators, the people wearing the wrong pants at the corporate golf outing. Eventually they are forced out rather than promoted. Ms. Nemeth cites the example of Soviet dissenters, such as Alexander Solzhenitsyn and Andrei Sakharov, who spent years suffering for their views, and Jeffrey Wigand, the tobacco-industry whistleblower portrayed by Russell Crowe in the 1999 film “The Insider.”

Ms. Nemeth’s punchy book also has an invaluable section on diversity in groups. All too often, she writes, in pursuit of diversity we focus on everything but the way people think. We look at a group’s gender, color or experience, and once the palette looks right declare it diverse. But you can have all of that and still have a group that thinks the same and reinforces a wrong-headed consensus.

By contrast, you can have a group that is demographically homogeneous yet violently heterogeneous in the way it thinks. The kind of diversity that leads to well-informed decisions is not necessarily the kind of diversity that gives the appearance of social justice. That will be a hard message for many organizations to swallow. But as with many of the arguments that Ms. Nemeth makes in her book, it is one that she gamely delivers and that all managers interested in the quality and integrity of their decision-making would do well to heed.

Mr. Delves Broughton is the author of “The Art of the Sale: Learning From the Masters About the Business of Life.”